Discovery of a New Species of Slow Loris 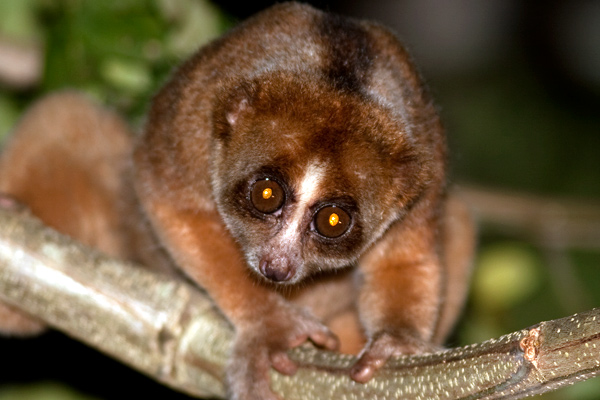 Discovery of a New Species of Slow Loris – Nycticebus kayan

News websites have been carrying stories of new species of Slow Loris which has been identified by a group of researchers in Borneo.

Slow Loris are nocturnal animals more closely related to lemurs than monkeys and are unusual in that they have a toxic bite – the toxin comes from glands in their elbows.

In a paper published by the American Journal of Primatology, an international team of researchers has been surveying slow lorises in Borneo and Philippines, focussing on differences in their facial markings.  Visual signals are unusual in nocturnal animals for obvious reasons, but the team of researchers have identified different facial patterns which has led them to conclude that there are actually four species of slow loris where there was previously just thought to be the one (N. menagensis).  Two of the ‘additional’ species are previously known subspecies now given full species status as well as identifying the completely new species (N. kayan).

I was fortunate enough to see and photograph a slow loris in Sabah, Borneo in 2007 and re-examining the photographs, it looks like the facial marking match those of the newly identified species – N. kayan.  The photographs were taken at the end of a night walk at the Kabili-Sepilok Forest Reserve, famous for the Orangutan Rehabilitation Centre based at Sepilok.

Slow Lorises are unfortunately under threat partly due to their cute appearance which makes them targets for the illegal pet trade, as well as habitat loss and use in traditional medicines.  One of the researchers responsible for this new discovery has established a great project to try to save these unique primates from extinction – you can find out more about this and how you can help by visiting their site.

One thought on “Discovery of a New Species of Slow Loris”