During a visit to Taman Negara in October 2012, I encountered a mixed bird wave which included an immature Scarlet Rumped Trogon.  The unusual thing was that the trogon repeatedly performed a dramatic fanning of it’s tail whilst making a call I had not heard before.

The call was as described in The Birds of the Thai-Malay Penninsula as ‘a squirrel like scold, squae, repeated irregularly, at times with the tail fanned’ (David R Wells, 1999).

I personally have not witnessed this behaviour before but during the 3 minutes I had good views of the bird, it performed this action over 8-10 times. The trogon was part of a mixed bird group that was moving through the area and appeared to be an immature male. I did not see any other trogons as part of the flock. All the photos in each series were taken in a 1 second burst. 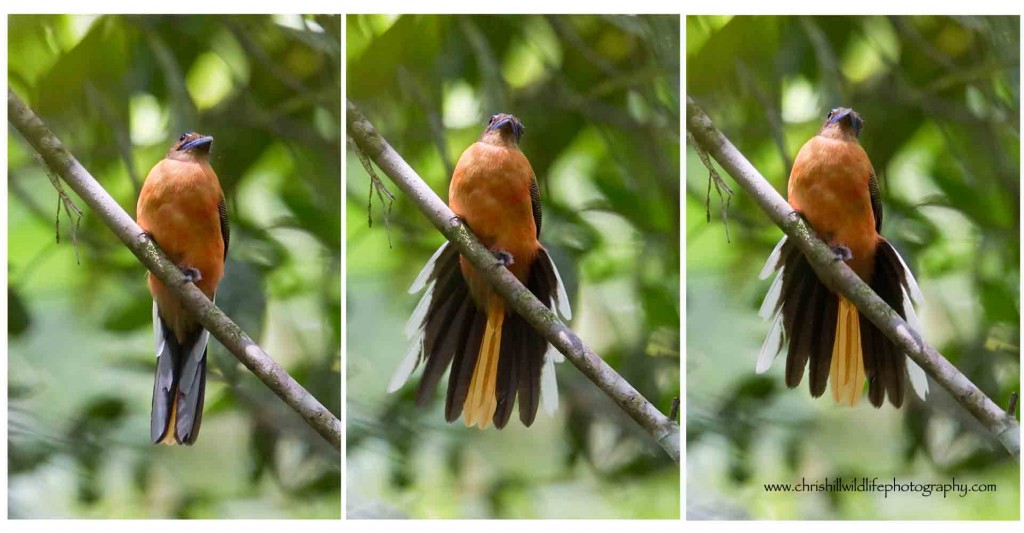