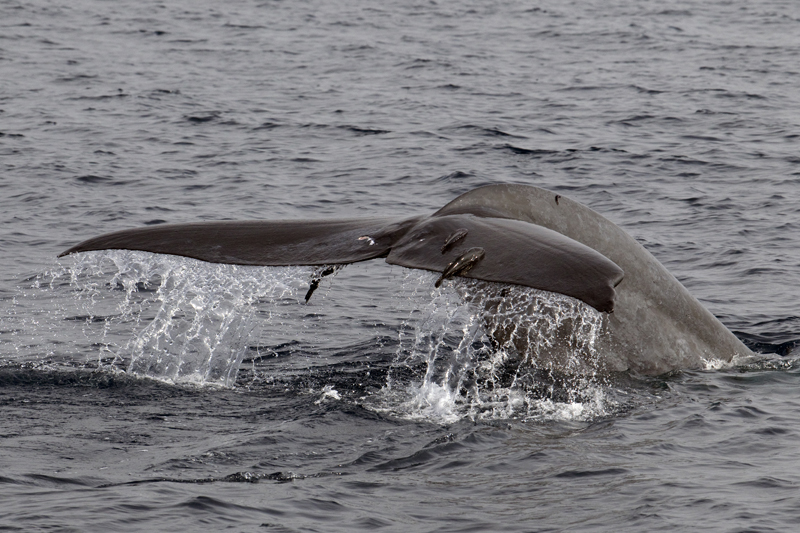 Sri Lanka has recently come to prominence as one of the best places in the world to view the world’s largest mammal – the Blue Whale.

Whale watching only kicked off as a commercial venture in Sri Lanka around 2006, following a theory by a British marine biologist, Dr Charles Anderson, who hypothesized that whales migrate between the Arabian Sea and the Bay of Bengal, passing close to the Sri Lankan east coastland due to its proximity to the continental shelf.

The Blue Whales are the highlight of any whale watching trip, but it is possible to see up to 8 species of whale and 5 species of dolphin.  The most commonly encountered are:

– Sperm Whales – the largest toothed animal on earth but smaller than the Blue whale at up to 20.5 metres long and weighing up to 57 tons.

– Spinner Dolphins – famous for their aerial acrobatics, leaping and spinning out of the water

The below sightings board shows what was actually seen on the Mirissa Water Sports trips in February 2013.

Commercial whale watching trips depart from a number of spots along the coast on a daily basis throughout the whale watching season (December to April).  To try to get the best of the sea conditions, the trips leave early in the mornings (6:30 – 7am) and usually last about 4 hours.

We went with a company called Mirissa Water Sports and were on one of their two boats they had leaving from Mirissa.  Once in the whale watching area, we were joined later by other vessels that had left from other spots along the coast.  There were a maximum of 12 whale watching boats in our vicinity but we were rarely in close proximity.

Our captain and spotters were very experienced and were able to consistently predict the whales movements – getting us in good positions so the whales were approaching us on their own terms as opposed to us encroaching into their space.

Our boat had plenty of  viewing space on both the upper and lower levels, in contrast to some of the other boats which appeared crowded in comparison.

Based on our trip, would certainly recommend Mirissa Water Sports – not least for the quality of our experience and their behavior around the whales.

The whale migration routes are a fair distance off shore past the shipping lanes – we went out  a maximum of 17km according to GPS readings.  One Bottlenose dolphin was briefly seen on our way out but there were generally few birds and little to see until we passed the continental shelf.

Our first sighting was of a distant whale but as we got closer to where it initially breached, we were able to enjoy close view of these impressive mammals as they calmly approached us.

Our close views enable us to also see the Remora fish that attached themselves to the whales, hitching a ride and feeding around the whale without causing it any discomfort.  These fish can be seen in some of the shots, particularly on the tail fluke.

The whale migration routes seemed to overlap with the commercial shipping lanes and damage was noticed on some of the whales, particularly the tails (although it is impossible to know how this was caused).  For example, in the photo above the tip on the right of the tail is missing but healed.

The whales would come to the surface and you would see several plumes of spray from their blow holes over a minute or two before taking a deep dive when you may see their tail fluke.

From a photography perspective, this meant you would only really get to see either their blow hole, dorsal fin or tail out of the water at anyone time, making it impossible for a photograph to show more than part of the huge mammals.

I took two camera bodies with me on the trip – one mounted with a 300mm lens and the other a 24-70mm.  I found that even with the rocking of the boat, the 300mm was most useful of the two and where I got my best shots.  In hindsight, a zoom in the range of 70-200mm zoom would probably be best although this may be a bit short for some of the whales and particularly the dolphins.

Apart from the minor swell, the other challenge was the light and glare off the sea.  This meant the light was a bit flat in a number of photographs but the majority of sightings where with the sun in our backs (it was either luck or down to the skill of the skipper).

In addition to the whales (over ten individuals were estimated to have been seen), we encountered a large pod of Spinner Dolphins on our way back to shore.

I couldn’t help but see the irony in this crowded boat spewing exhaust fumes as it raced to get close to a breaching whale – eco-tourism in action indeed!